Zero-EPWING is a tool built to export easy to process JSON formatted UTF-8 data from dictionaries in EPWING format. This is a terrible format for many reasons, some of which are outlined below:

Most applications that parse EPWING data traditionally use libeb to perform dictionary searches in place; dealing with quirks in the format and libeb output is just part of the process. Zero-EPWING takes a different approach – extract all the data and output it an sane intermediate format, like JSON. As everyone knows how to parse JSON, it is trivial to take this intermediate data and store it in a reasonable, industry standard representation. 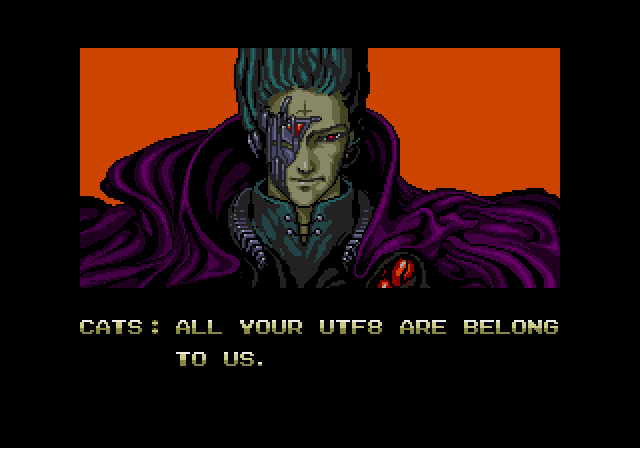 Pre-built binaries are available for Linux, Mac OS X, and Windows on the project page.

Prepare your development environment by making sure the following tools are set up:

Once your system is configured, follow the steps below to create builds:

Zero-EPWING takes a single parameter, the directory of the EPWING dictionary to dump. It also supports the following optional flags:

Upon loading and processing the requested EPWING data, Zero-EPWING will output a UTF-8 encoded JSON file to stdout. Diagnostic information about errors will be printed to stderr. Serious errors will result in this application returning a non-zero exit code. A sample of the JSON dictionary entry data output is pretty-printed below for reference.

You may have noticed the unusual-looking double curly bracket markers such as {{w_50035}}. Remember what I mentioned about certain characters being represented by image files? There are two graphical fonts sets in each dictionary: narrow and wide. Both of these font sets are available in four sizes: 24, 30, 36, and 48 pixels. Whenever a character cannot be encoded as text, a glyph is used in its place. These font indices cannot be converted directly to characters, differ from one dictionary to another, and must be manually mapped to Unicode character tables. Zero-EWPING has no facility to map these font glyphs to Unicode by itself, and instead places inline markers in the form of {{w_xxxx}} and {{n_xxxx}} in the output, specifying the referenced indices of the wide or narrow fonts respectively.

The bitmaps for these font glyphs can be dumped by executing this application with the --fonts command line argument.